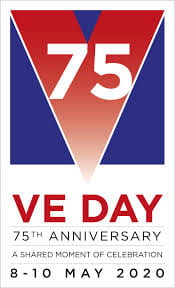 Today is one of those days when I’m thinking of what “might have been”. We had huge plans for the school to be involved in Woolsery’s VE Day 75 celebrations, putting our children at the heart of our community’s marking of peace returning to Europe after almost six years of world war. But that’s not been able to take place, so I hope however you have chosen to mark this important day you have enjoyed spending time with your family.

Looking back in the school log books, Mr Griffiths, who was Headmaster at the time, recorded the following:

8.5.45 This was declared the Official VE Day -Victory In Europe Day- following the unconditional surrender of all German armed forces and the end of the European War, This day is declared a public holiday

There is much more mention of the return of the Evacuees, which didn’t take place for another month:

13.6.45 Today was a special day for the Parish. At 3pm, the children congregated on the Church Green where representatives of the Parish Council, The Rural District Council, Evacuation Office, Education Committee & Managers of the School were assembled. There an oak seat was unveiled by Rev Preb Gregory, and represented by the Headmaster, on behalf of the evacuees, to the Woolsery Parish Council.

The seat is a gift from the evacuated children, who raised funds for the purpose by school concerts, to the people of Woolsery in appreciation of their kindness and hospitality 1940-1945. It was made by Mr Brent, a local craftsman.

It is hoped also to plant some cherry trees in the autumn to commemorate the Evacuation.

The ceremony was followed by a free tea for the children, a sports programme, and a school concert in the evening.

We are all waiting in anticipation of the Prime Minister’s address to the nation on Sunday evening in the hope that the Government’s plan for the eventual re-opening of schools will become a little clearer. We remain certain that at the present time even a partial re-opening will be almost impossible whilst maintaining a 2m distance between children. For example, we have set up a mock classroom in the hall with 2 metres between chairs and have only been able to accommodate 18 children – and this is of course the biggest space available to us! As more detail is unveiled in the coming weeks, I will of course let you know, so please check in to the Newsletters section of the Website for up to date news. I will also post any alert to more information via the school’s Twitter account, @woolseryschool .

Please remember that even when the economy begins to re-open, our Kennerland Club is reserved solely for the children of Key Worker Families who are unable to make any other plans for childcare. This will remain the case even if there is a partial re-opening of the school, so please don’t assume that if you are permitted to return to work that the school will be in a position to offer childcare services as we are almost at capacity in the provision already.

Reverend Jane -who would have been in school on Thursday to give an assembly- has kindly put together a Powerpoint and a video message for the children. The assembly, rather appropriately,  is based around the story of Noah’s Ark and the Rainbow. Both are available to download here: 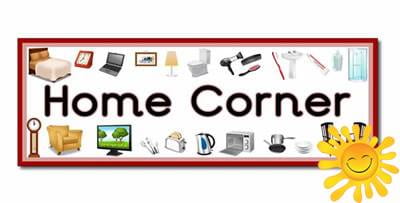 We have another lovely selection of things everyone’s been doing in the past week for you to enjoy:

The Sanders fmaily were able to come to the rescue of an abandoned lamb which they found last weekend whilst out on their daily walk. The lamb was barely alive so they took it home and warmed it up and looked after it until the farmer could come and collect it. (The lamb is now in good health :-) ) 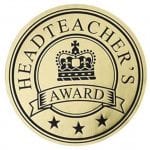 Well done to everyone for keeping up with Remote Learning – we know it’s sometimes really hard to keep up enthusiasm when you’re missing your friends and teachers. Here are the children who have impressed most this week: