We aim for our children to enjoy finding out about our past, develop enquiring minds and develop skills to ask and answer questions about the roots of our global civilisation. Through carefully planned learning experiences, our children gain an understanding of chronology in both British and global history. They develop understanding of different types of sources with which we gain our knowledge of the past. Children have opportunities to present their knowledge in different and interesting ways and, wherever possible, learn from first-hand experiences.

We have two significant strands to our History curriculum in Key Stages One and Two which build upon Early Years Foundation Stage learning about self and identity.

Firstly, we follow the National Curriculum in ensuring our children “gain a coherent knowledge and understanding of Britain’s past and that of the wider world” (National Curriculum, Sept 2013). To achieve this, we teach a range of historical units in both Key Stages, giving children the opportunity to contrast different periods or historical cultures.

In Key Stage One, this approach is mainly focused on specific historical figures, such as Christopher Columbus, Neil Armstrong, Queen Elizabeth I and Queen Victoria. At Key Stage 2, children begin to explore more abstract themes such as The Stone Age, the Anglo Saxon settlement of Britain, Ancient Egypt and the Roman Empire in Britain.

Secondly, we use history as a strong link to our locality in both Key Stages, underpinning our Mission Statement Learning At The Heart of the Community. In Key Stage One this can be seen with local history units exploring the development of Woolsery Village in living memory, the impact of the now closed Railway in nearby Bideford and a study of how Clovelly changed from being a herring fishing village to a major tourist location. At Key Stage 2, children use the school’s extensive records from the Second World War to explore the impact of the then tiny village receiving many evacuees from London and Bristol. They also learn about the significance of nearby Clovelly Dykes, one of the best preserved Iron Age Hill Forts in the region. When studying the Vikings and Anglo Saxons, the children learn about the imact of Hubba The Dane’s ill-fated invasion attempt in nearby Appledore and the legacy of that attack still present in and round the village today. The children also explore the impact of the Victorian building of the railway network, both nationally and in the context of northwest Devon.

Knowledge is retained through extensive use of the Knowledge Organisers which accompany each Unit and, wherever possible, through first hand learning experiences which help cement vivid learning into the minds of our children. 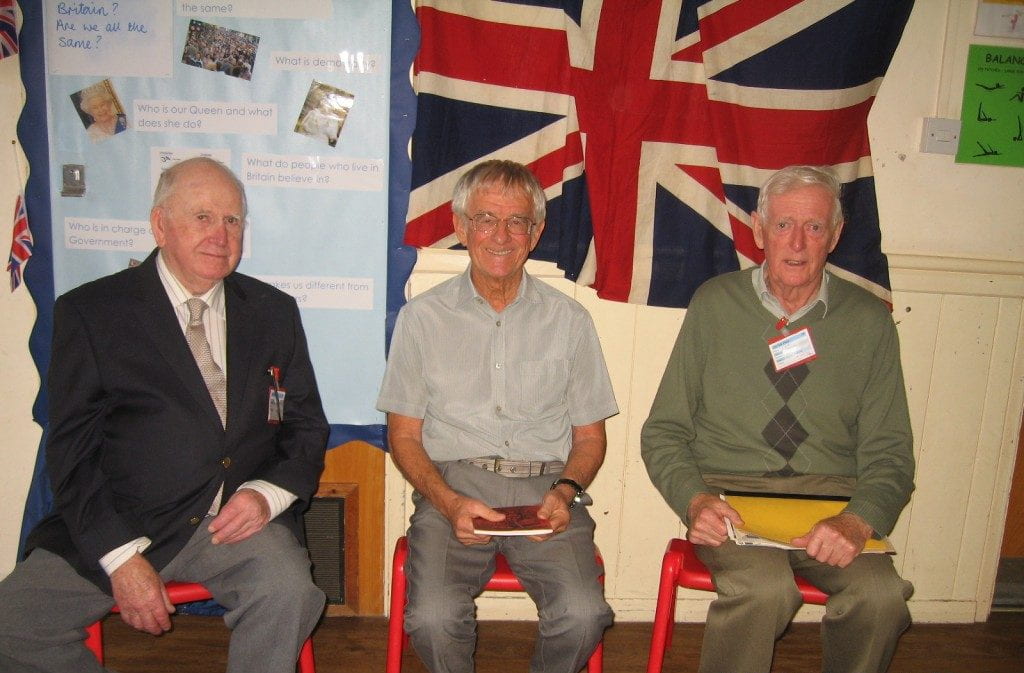 (above) Men who were evacuated to Woolsery during World War Two, and those who hosted them, recall their memories with the children 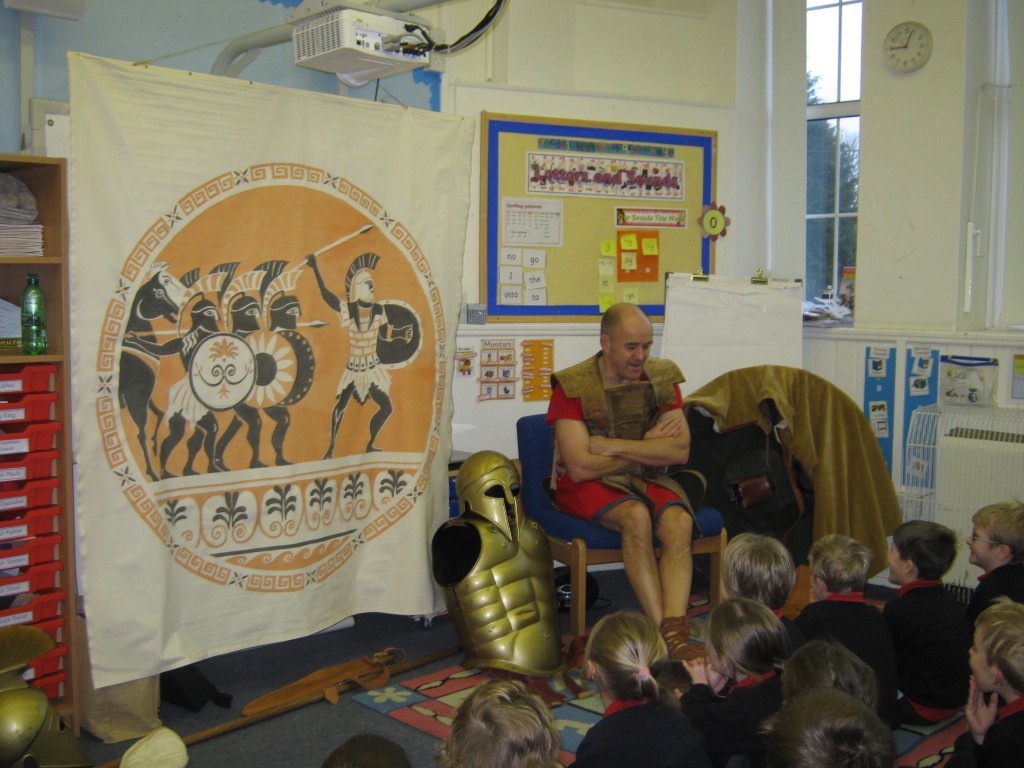 (above) Steve Manning came to tell the children stories about Ancient Greece.