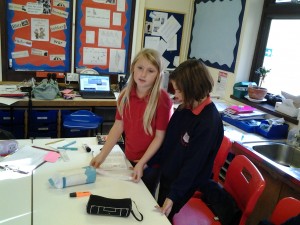 We have been using the poem ‘The Evacuee’s Farewell’ to help us find evidence about the impact of evacuation on rural life. The poem was written by Mrs Clutterbuck who stayed in Woolsery with her two children during WW2. The poem is on display in the school foyer if you would like to read it. After performing the poem outloud and researching unknown words, we discovered that Mrs Clutterbuck liked living in Woolsery although it was very different from London. The poem suggested that the people in Woolsery were friendly, kind and cheerful towards the evacuees. Some children in our class thought that the villagers at the time would have been pleased to have more people to be friends with. I wonder if anyone knows someone who lived in Woolsery during the war? How did they feel about the evacuees coming to stay? How were their lives affected? Please get in touch if you have any information! Thank you!

1 response on The Evacuee’s Farewell