We were really lucky to have five workers from Unicef in school this afternoon to talk about how they help with children caught up in earthquakes. Each worker explained what their job is and how they make sure Unicef do the very best for children… 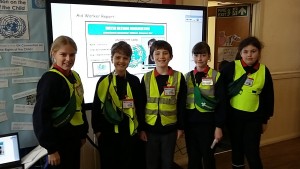 Mr Hancock is the Spokesman for Unicef. He explained how Unicef work with other organisations, and helped organise his team. 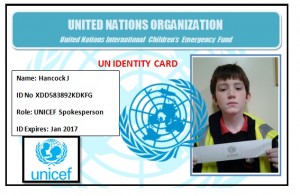 Ms Wood explained her job was to coordinate the initial response and keep as many children alive as possible. Her responsibilities include organising emergency shelters and vaccinations.

Miss Bennett told us about her important role in re-uniting families who may have become separated. She and her team achieve this by the use of photos and holding centres so there is a single place for parents to search for their children. 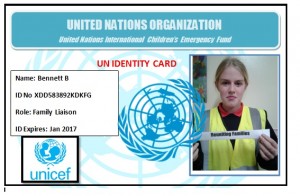 Mr Johnson is responsible from protecting children. He coordinates the work of health workers as soon as he arrives in the area. It is important that they advise families to stay together and not ‘give away’ their children to people who may think they are better placed to look after them. 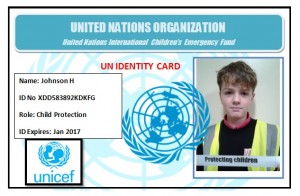 Mrs Van Santen has an important role in organising emergency schools as soon as possible. This helps children to support each other, and frees up their parents to sort out arrangements whilst knowing their children are being cared for. She showed us Unicef’s School In A Box, which is equipped with educational resources for 80 children. Each one costs around £140. 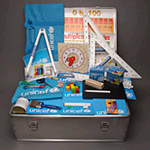 The assembly is the second in our series looking at the work of Unicef and the Rights of Children.