We had a great workshop session about Rainforests this afternoon. We found out about the parts of the rainforest and which animals live where. 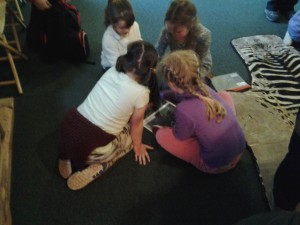 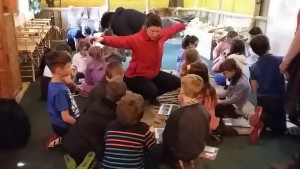 We also found out about lots of animals which are endangered. The zoo has lots of skins and skulls which have been confiscated by Customs when people try to smuggle them so we were really luck to be abke to touch some. 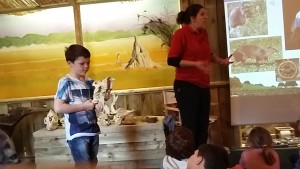 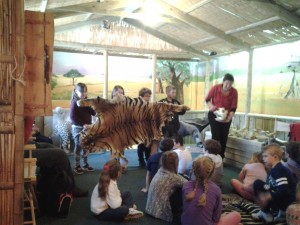 We found out that the snake’s skin is smooth in one direction and roungh in the other. It’s also very long!

The tiger’s skin is striped for camouflage on the grassy savannah. Sam did a great job holding a tiger’s skull…we found out why its eyes face forward and what it uses its different types of teeth for.

We also found out about the products which are made from areas where rainforests have been cut down…especially palm oil which is now found in over 50% of items we buy in supermarkets.